As if you don't know, there was some matter going on about some brony hater or someone bitching about Derpy's name, claiming that it was a complete and obvious insult to people with problems and so on.

The Brony community stood together through all that and the petition crap the guy had for changing derpy's name got 68 out of 100 of the votes, with Hasbro's do not change derpy's name petition getting around 10,000 out of the 15,000 that voted.

It has now been confirmed that Hasbro will not be changing Derpy's name.

Derpy Hooves
Newbie on the Block

Re: Derpy Hooves is here to stay :D 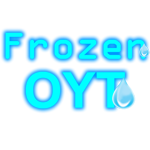